HYPER lab member Ian Richardson recently finished recreating the methane-ethane-nitrogen seas on Saturn’s moon Titan. Titan, the second largest moon in the solar system, is the only other body besides Earth known to have liquid seas or oceans on it’s surface. For scale, Titan is about half the diameter of Earth — Titanic! A recent picture from Cassini and corresponding article from space.com highlight the chances for new forms of life existing on Titan. 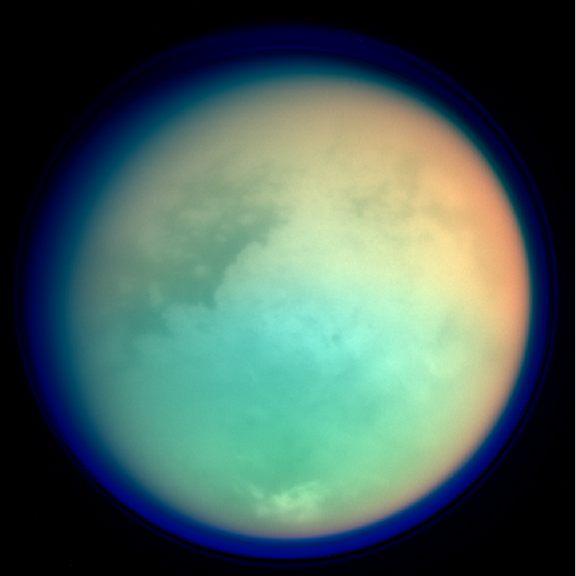 Ian worked with Jason Hartwig at NASA-Glenn as part of his NASA Space Technology Research Fellowship to create the conditions necessary to take pressure-density-temperature-composition, effervescence, and freezing-liquid measurements. These measurements will aid the design of a submarine mission to Titan around 2032.

The ternary (3 part) mixture measurements were a challenge — the solubility of nitrogen changes substantially based on the methane-ethane composition. It’s similar to the problem of carbon dioxide dissolved in soda pop, but at -288°F or 95 K.

Effervescence measurements are needed to determine if the radioisotope thermoelectric generator powerplant in the submarine will generate too many nitrogen bubbles from heat rejection. These bubbles could destabilize the sub or obstruct camera shots. To take these measurements we had to engineer a fiber-optic boroscope that could penetrate the walls of our cryostat and withstand the pressurized cryogenic environment. We succeeded and Ian was able to make the following videos of ethane-methane rain and snow.

Ian will present the results at the Cryogenics Engineering Conference in two weeks before defending his Dissertation the end of July.

I walked into the lab the other day and Ian swished a shot through the Nerf basketball hoop over the door. Carl Bunge yelled out: “Ian’s making it rain!” Yes he is Carl and it’s out of this world!