I heard a loud BANG!

I ran upstairs into the kitchen and immediately smelled smoke.

I looked around. My mom was holding my sister down in a chair.

On the other side of the kitchen a black circle surrounded an outlet with a burnt fork lying in front of it.

My sister, two years younger than me and in the 7th grade, had just tried to hurt herself, badly.

Somehow, despite my social issues, I was always the prodigy in school. My sister, a year behind, was always in my shadow under a burden of high expectations. She had been diagnosed with a reading disorder, a developmental disorder, and eventually Asperger’s – a label that was eventually lumped into the Autism Spectrum of Disorders (ASD). Her act of burying a fork in an electrical outlet was a cry for help, a plea for connection, to be understood, the desire for what she could not attain: empathy.

The National Institute of Health has a primer on Autism Spectrum Disorders (ASD). The primer lists several of the traditional restrictive symptoms associated with the spectrum:

The primer also provides the following list of strengths:

My sister is brilliantly gifted. She sees colors, flavors, shapes, and sounds on an entirely more advanced level than I can. I’ve often described her as a Macintosh (computer) in a PC world. Social situations stress her to the point of agoraphobia. This combination of beauty, tragically limited by our society, is perhaps what enables her to produce stunning art. One of her earliest and favorite pieces, a watercolor self-portrait, is relevant to this chapter: 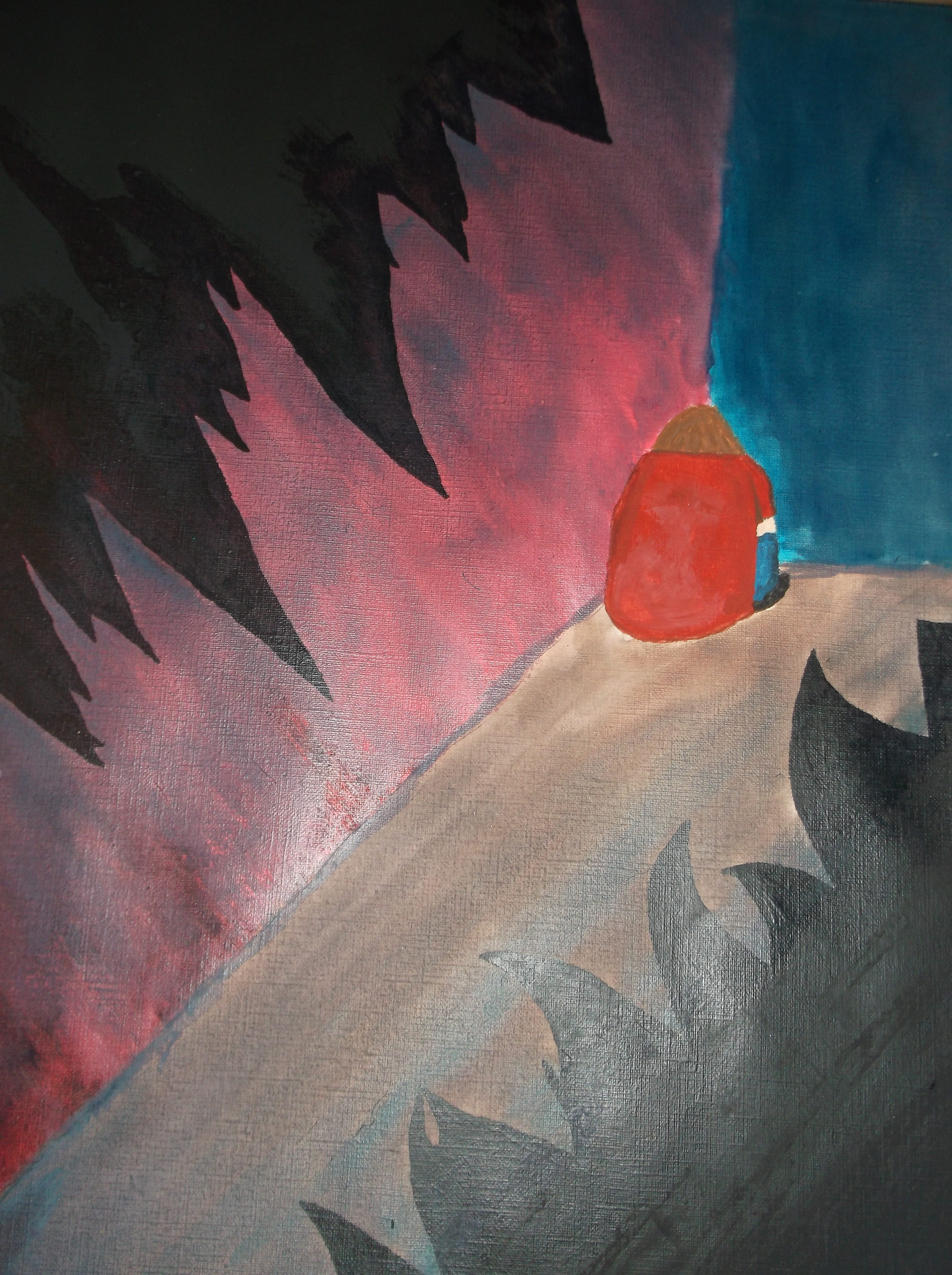 One of my friend’s once described people on the spectrum as having “a brilliant processor, but a crummy detector”, which works if the detector is related to social issues.

Understanding Autism from both Values and Empathy

I’ve had brilliant academic friends tell me that if I want to advance my engineering and science research, find graduate students on the Autism spectrum. They said this for good reason. My sister, like most on the spectrum, is capable of sophistication that most of us cower before. If I had a well defined problem, and the tools mostly established, I would get far and away the most sophisticated and quality work out of someone on the spectrum. As society has evolved more sophisticated work, and if you believe our genetics help prepare us for the future, it’s only reasonable to expect an increase in percentage of autism spectrum individuals.

A complex taxonomy of values v-Memes exists, and the question remains how this relates to those on the spectrum. Remember that the values are stacked, which doesn’t mean some are better than others, they are all needed in appropriate balance: 1. Survival, 2. Tribal/Familial, 3. Authoritarian, 4. Legalistic/Absolutistic, 5. Performance, 6. Communitarian, 7. Systemic. Remember the symptoms from the NIH — folks on the spectrum have serious skills in sophisticated rule following and tend towards the Legalistic/Absolutistic v-Meme. What’s more, if the rule following pertains to auditory/sensory behavior, such as art, folks with ASD likely have superior performance abilities. Imagine the piano world without Glenn Gould — the autism spectrum can be a very, very beautiful thing.

A troubling trend over the past decade has been the association of autism spectrum individuals with mass shootings. Autism spectrum individuals, like the rest of us, have needs for authority, power, and control. If power and control is a strong v-Meme in an individual, and the empathy detector is broken, you’ve got a recipe for tragedy. Starting early in life by giving ASD individuals control over the empathic caring and nurturing of pets is both challenging and important — especially with my sister.

Asking ASD individuals to curate Community, Systemic, and other group based tasks is likely challenging, but not impossible. How to develop ASD individuals is the question.

Empathy in ASD individuals is a long-term investment. The Gibbs energy function for phase change adds insight to the challenges of developing those with ASD:

For phase change to occur, indicated by G2 – G1 being negative, there needs to be a fall in values (U) and stress (P), coupled with an increase in density (1/v), empathy (S), and resources (T). ASD individuals already have a very fine tuned value focus, don’t handle stress or groups well, and are empathicly challenged. Change will be slow, if at all, over the course of a lifetime. They will likely be very consistent through time, even if they can be mercurial in the moment.

Looking back on this equation, and all of our efforts to change my sister, to force her to understand, were often futile and usually ended in frustration. The thing that needed to change was me and my understanding of her and how she excelled. Most of this happened over time while I was away in college. During this time a psychologist, who is nothing short of a hero, volunteered for over a decade to empathize with my sister. Now, she turns to my sister to help her empathize with new ASD clients.

Over time, now in her thirties and living alone, my sister has learned how to be happy and empathic. She is one of the most empathic individuals I know towards the caring of her pets, and the few friendships she has developed. While she still struggles in stressful social situations with strangers, she is doing beautiful art, that regularly changes my view of reality.

I had serious reservations about writing this with my sister as a focus. When I brought this up with her, her response was simple, “If I can help or contribute in any way, I’ll feel valuable.” Helping everyone find value is probably the greatest empathy challenge of society and one that often starts in ourselves.