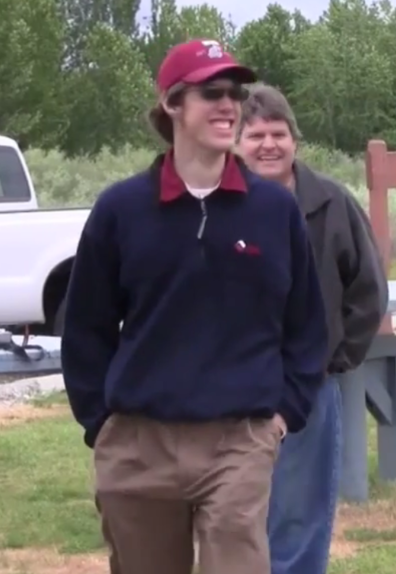 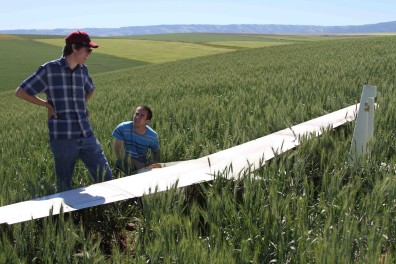 he led the design, build, and test of Genii.

Engineers of Chris Chaney’s skills and character are very rare. When I first met Chris, he was the leader of the AIAA club and transitioning to graduate school under the advise of Konstantin Matveev. At the time, the AIAA club was decidedly depressed. They had developed a potentially winning plane for the AIAA design-build-fly competition, only to have a tornado warning scratch their flight as they were ready for take-off. Dismayed and bored by the competition, the team was in need of something unique to set themselves apart. At the time, I had developed some cryogenic hydrogen fuel technologies for drones and sensed an opportunity. I made the pitch to the Dean’s Advisory board for $60k to lead the first university student team to build a liquid hydrogen fueled drone. Of course they only gave me $20k.

Genii ended up being a very large plane because of the size of the fuel cell we could afford. On our $20k budget we could only go with Horizon’s cheapest, non-aerospace grade fuel-cell line, and at $8k, the H-1000 (1 KW) model had the best power to weight ratio. With the powerplant selected, Chris proceeded to build an flight platform that weighed less than 55 lbs to fall under the FAA’s hobbyist designation.

Most said we were out of our league. We don’t have a wind-tunnel, an aerospace engineering program (let alone a few courses), or the space to build a plane in (the AIAA club room is just 20′ wide). Chris, knowing we were in over our heads, accepted the challenge and dove in anyways. With a team fluctuating between 8-20 active members, finding time and people to build was always a challenge while balancing classes. Chris was able to align the goals of Genii with his graduate work to justify the time expenditure.

After 10 months of building and innovating clever low-tech testing methods, we had an airplane. I still remember the morning in March when we wheeled it out on the runway down at the RC range by Mann Lake outside Lewiston, ID. Chris walked down the runway and pointed at a spot just in front of the center circle and said it would take off there. 5 minutes later, Genii lifted into the air, about 2-3 feet from where Chris had pointed. The first flight video has an audible of the excitement we all had at that moment. Chris was at the knobs, and brought Genii down in one piece.

With 12 flights done now I look back and realize what an incredible feet of engineering the students (and Chris) accomplished by building Genii. 3 crashes, all learning experiences, and 3 hours in the air now. Genii is now transferring cryo-hydrogen technologies to Insitu and others. Chris was of course recognized by the best of the best for his accomplishments. He’s now an engineer at Scaled Composites. He might be able to tell us stories of what he’s working on when we’re all retired. Congratulations Chris and my sincerest thanks for the time we worked together.