One of the greatest issues in developing a sustainable hydrogen economy is the issue of infrastructure. As it stands today, many unique and novel technologies exist for producing hydrogen cheaply, efficiently, and effectively from a wide range of sources – natural gas, biogas directly from waste, gasification of organic substances, electrolysis for curtailment, bacterial production, and artificial photosynthesis to name a few. Technology has also been rapidly improving to efficiently utilize hydrogen as well. Today’s fuel cells power forklifts, backup energy requirements, buses, aircraft, and cars with much higher efficiencies than conventional engines. It also drove the design of the Apollo moon mission Saturn V architecture, space shuttle, and modern rockets due the high efficiency of the LOx/LH2 combustion. Why then do we not have hydrogen power everywhere and plan for its use as we visit our solar system? There isn’t an effective, economic means of connecting the two developments and producing/maintaining high density storage in liquid form which necessitates cold temperatures.

How do we solve this challenge? At least one of the solutions is to look at how we can improve hydrogen liquefaction life cycle efficiency and cost. A device is needed which can provide cooling given constraints of power, reliability and mass. Something as simple as creating a tornado in a tube can do just that. A vortex tube is a method of generating a vortex with solid-state, tangential nozzles allows the Heisenberg Vortex Tube to catalyze the para-orthohydrogen reaction on the wall from a high sheer stress and mixing of the hydrogen. This aids conversion to more effectively pump heat from the processed hydrogen and entrain that energy in the nuclear spin of the molecule. This was built upon the shoulders of many who have come before us – as explained below.

The first device to manipulate para-orthohydrogen conversion for primary cooling

In the 1920’s, the hydrogen molecule confirmed the theory of quantum mechanics. It was through the unexplained source of heat leak into the Dewar which prompted boil-off of the first attempts to liquefy hydrogen. It was determined through the thermal conductivity measurements that two types of hydrogen existed. These two types are called orthohydrogen and parahydrogen. The conversion between the two are exothemic (o-p) or endothermic (p-o). 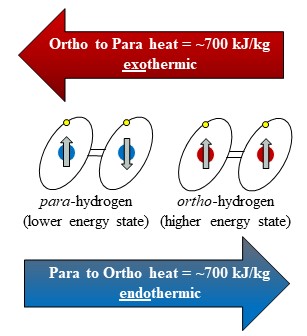 Initial attempts to characterize the dynamics of the vortex tube involved non-disruptive down stream temperature and pressure measurements. These were then extrapolated to base theory of the temperature separation. These explanations include internal friction on the wall which heats the fluid in the boundary layer along the wall, heat transport via turbulent eddies, Görtler vorticies, acoustic streaming, among others. The current implementation of the para-orthohydrogen reaction is implemented in an Extended Heat Exchanger (EHE) framework with inner and outer flow regions. Below is a comparison between the real-gas EHE model with recent 1st order ideal gas models: 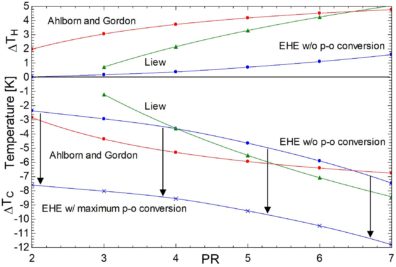 Figure 1: Plot of total temperature separation between inlet and hot (ΔTH) and cold to inlet (ΔTC) as a function of inlet to cold outlet pressure (PR).

There has been a resurgence in vortex tube studies with the help of Computational Fluid Dynamics (CFD) tools. This has led to new insight into how the fluid dynamics dictate energy separation and enthaply streaming. There have been a total of three software packages used to analyze the HVT. In the beginning, a 3D COMSOL model was developed shown below. It was then superseded by a 2D axi-symmetric steady-state ANSYS model that allowed for more efficient iteration of operating conditions.

The current CFD program in use to model the HVT is OpenFOAM. This computational platform allows the adaption of custom boundary conditions, low-temperature thermophysical properties, and various turbulence models. Its non-restrictive use in a High Performance Computing (HPC) environment allows parallelization and decreased computational time. The model includes the first universal implementation of CoolProp, a reference-quality real-fluid property utility seen here. This allows the density-based rhoCentralFoam solver to be able to resolve high-Mach number flows. 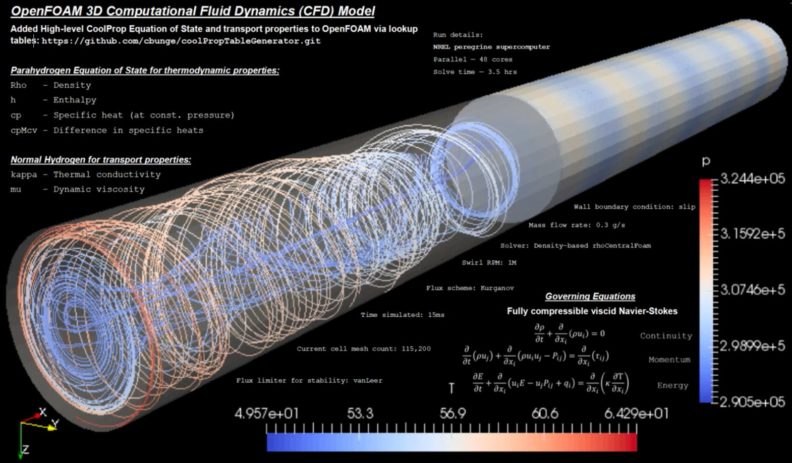 Thank you to the National Renewable Energy Laboratory (NREL) for proving the computing resource for this model (2017 – current). More results to follow!

For the current experimental setup, check out the CHEF page. 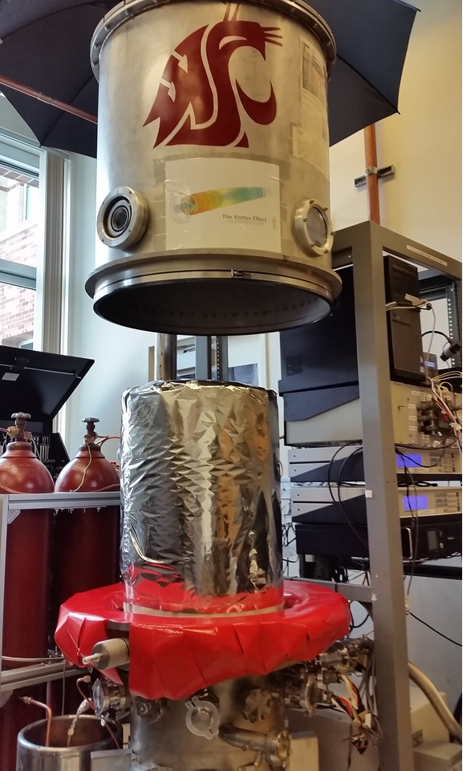 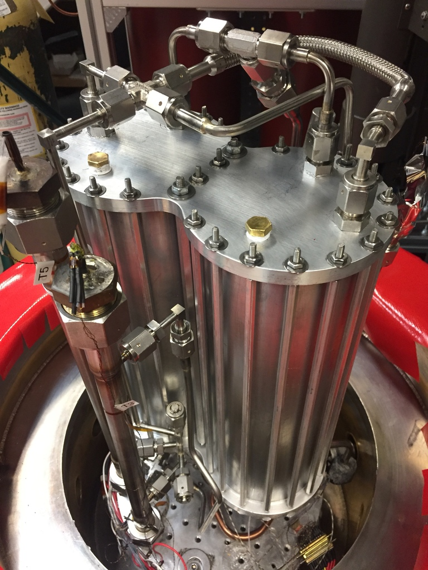 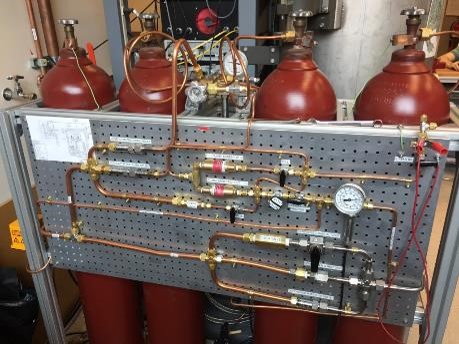 Advances and links for further reading