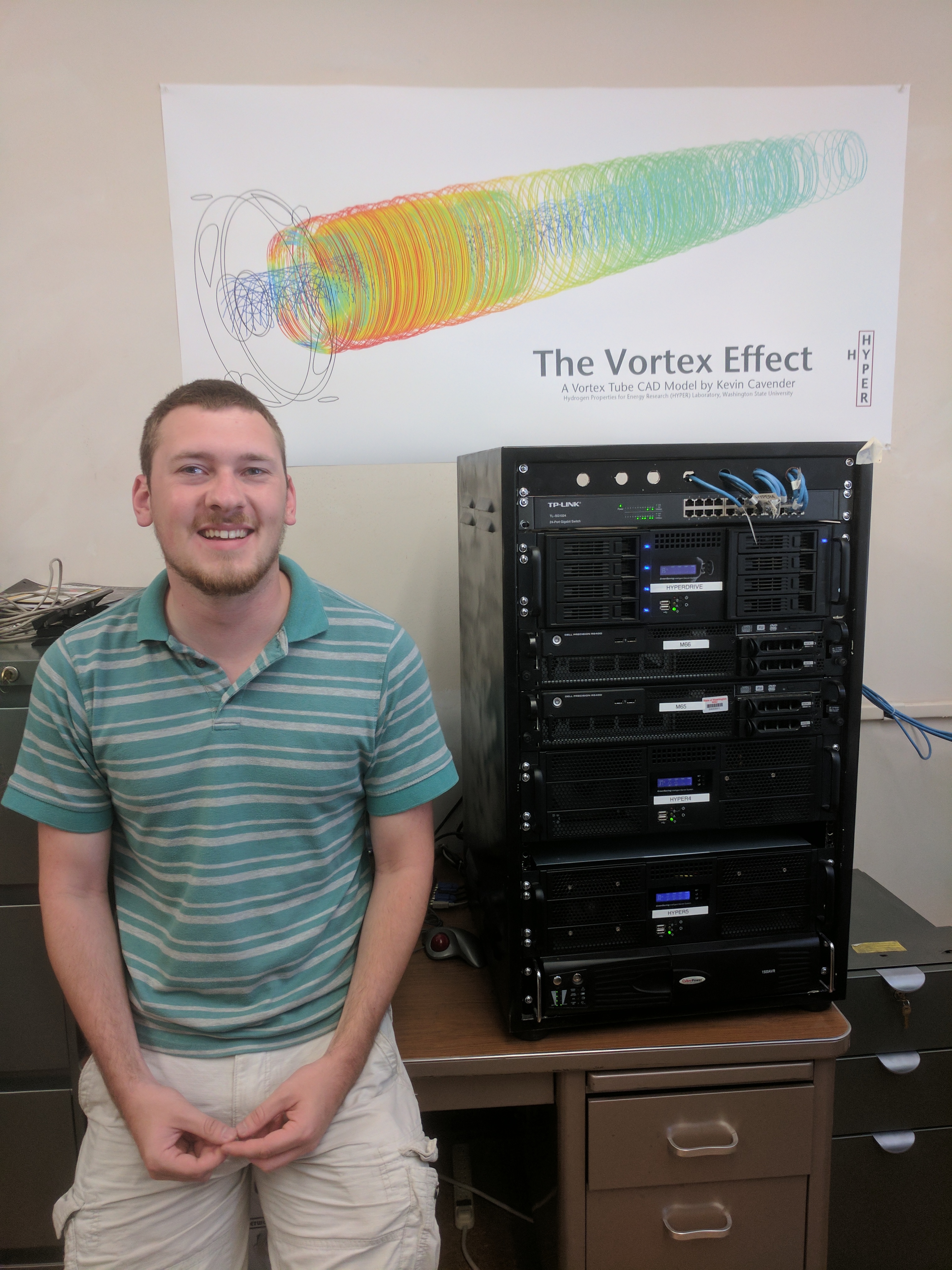 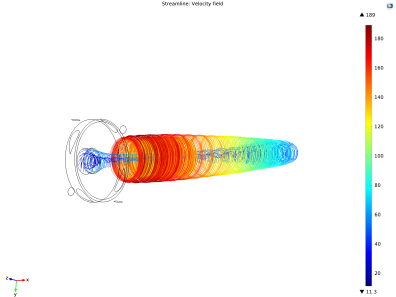 A precursor to me joining the HYPER lab:

Halfway through my sophomore year of college, I joined the aerospace club at Washington state university. I first helped create zaggis (remote control glider planes), and learn to fly them, it was a great first project and a lot of fun. The club, at the time, was four people, self-elected officers myself being one, seeing as we needed four. Moving into the fall of my junior year after joining, the club elected on pursuing the intercollegiate sounding rocket engineering competition. I became a major contributor to the project. After many hours of SolidWorks modeling, carbon fiber layups, and deployment testing we had a most successful test launch followed by a successful launch and recovery at competition. It was through the club that I met members of the lab that worked on genii (hydrogen powered UAV).

My time in the hyper lab began with a need to expand the computational capability of the lab. The lab had the funding and need for a storage server as well as an engineering simulation. I designed and built the built the two machines because it sounded like a fun project. After completing and setting up both machines I began helping clean and move into what is now the TFRB lab space. After spending the summer working in the lab, there was an opening and a need for someone to do CFD work on a grant with NREL. I guess it made sense since I built the computer to run it on. Turns out it was an entirely different beast. The next year I spent learning and using CFD to simulate the performance of the vortex tube. At first using COMSOL then, after learning the software was not apt for the specific problem, then using ANSYS Fluent for the remainder of the project. During this time (since simulations took between 2 to 12 hours to run) I would assist other graduate students in the lab and unfortunately the occasional homework assignment. During this time, I asked a lot of questions and doing so gained a lot of knowledge on cryogenics, hydrogen, as well as strengthening my thermodynamics and heat transfer. Cryogenic fluids and the use of REFPROP, EES, and other software tools especially useful (see end). After the conclusion of the vortex tube project, it resulted in a contribution to a publication and useful insights on comparing vortex tube performance in liquefaction systems. The work is continued in a way by Carl Bunge (who earned a NASA grant to study the vortex tube for TVS systems).

Now, this is about the time I graduated in Dec. 2016 with my bachelors in mechanical engineering. With no word back on the job applications I sent out, I was in luck! Jake had additional funding to design and test a vapor shroud for a hydrogen fuel tank (see Patrick’s posts). The first few months after graduation were spent applying to more jobs, writing papers for the cryogenic engineering conference (CEC), and completing the work on the vapor shroud (which is now published!).

A few months (around April) into this I get an email from a resume I submitted in December, asking to have a phone interview. I was ecstatic! I talked to the hiring manager and after the 30-minute call said they would like to fly me there for an interview. Of course, I agreed to it, the title being a cryogenic mechanical engineer, and the job description pretty well matching my experience. So, I fly down, have 4 one hour interviews with nearly the entire mechanical engineering group and the hiring manager. After which I learned they discussed in the hall between interviews and the manager said they were likely to give me an offer. I tried not to get my hopes too high, but it came through. Less than a week later the offer came through and I accepted the position. I started in about a month (end of July, this was now June). In the span of this month, I attended the CEC in Madison, WI, packed up my life and moved from Pullman to join the team at Lockheed Martin’s Santa Barbara Focalplane (SBF), (in Santa Barbara obviously). At the time of writing this, I am have been working there for 6 months and I am enjoying being able to learn from my coworkers and help deliver and design products every day.

As Jake requested, here are a few of the things that have been valuable and things that were missing from my university education as it may relate to my current position. I am lumping together my experience as it includes classes, WSU aerospace club projects, and hyper lab projects.

The opinions here are that of my own and do not reflect the opinions of WSU, the HYPER lab, or Lockheed Martin.