Patrick Gavin is legendary in the HYPER lab because… 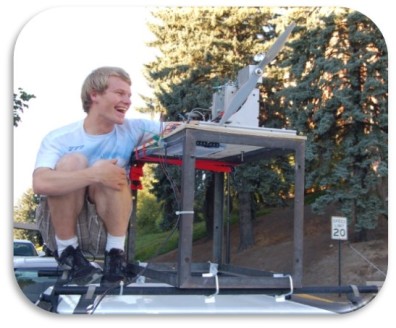 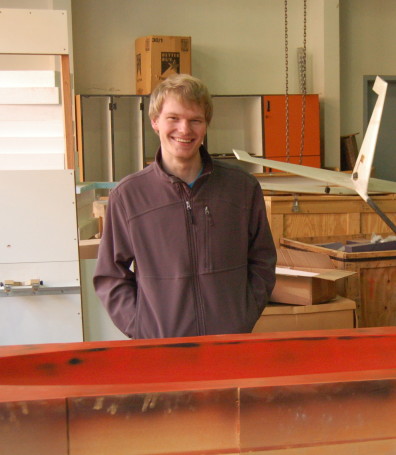 Patrick smiles after finishing the fuselage mold for Genii.

he made everything look easy.

Patrick was an all star prior to WSU. While in high school he and a friend decided to build an accelerator for a science project that morphed into a working electrostatic fusion reactor. Only 38 amateurs had accomplished this feet prior to 2010. Why WSU? He couldn’t get the time of day from anyone during a tour of UW and he liked the in-state tuition. His friend went to MIT, Patrick has no regrets.

Prior to meeting Patrick I had the belief that society could be grouped into 3 levels of intelligence: 1) Disabled (~10%), 2) Average (~80%), 3) Those we consider to be “smart” (~10%). Most engineers fit into category 3 and once there, the matter of figuring something out depends on having the right skill set and timing. Malcolm Gladwell pushed this point in Outliers: The Story of Success in that someone with an IQ of 130 is as statistically likely to win a Nobel Prize as someone with an IQ of 180. Patrick doesn’t need the right skill set or timing, he makes his own.

Patrick was a top contributor to Genii and spent nearly every spare moment of the project. As an electrical engineer Patrick had incredible value on the primarily mechanical team. This amount of effort would crater the GPA of most students, Patrick graduated with a single A- as his only flaw. Not only while working on Genii, but leading undergraduate research and senior design teams. Of course he was a most outstanding student in the college.

By the time he was ready to graduate, Patrick had enough major projects completed that graduate school would’ve been more of the same. He’s now continuing his legacy of accomplishing the freekishly impossible at Blue Origin LLC. Thanks for raising the bar Patrick. 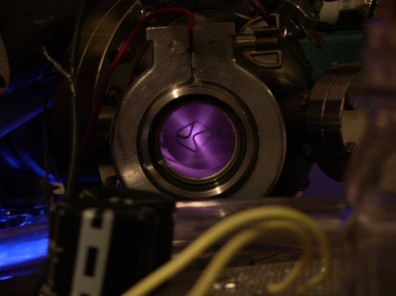 Glow from the electrostatic fusion reactor that Patrick built in his friends garage in high school.