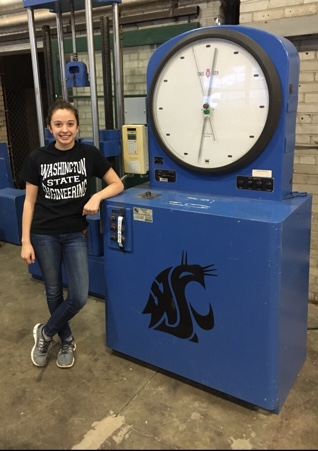 Cassandra (Casey) Evans grabbed the ropes and took control in the lab, quite literally. During her first work time in the lab we were removing a large pressure vessel high up on the wall with the overhead crane. Of course it was stuck and required pulling, when it came loose I fell down and the entire pressure vessel began sliding on the crane rails towards the windows. Casey grabbed the chains and saved the day — which would become a pattern.

As a sophomore Casey had to specially request to take the senior level rocket design technical elective I offered. Before the end of the semester she was running one of the three teams. Her leadership and initiative so impressed Iris Bombelyn (retired VP of Space from Lockheed-Martin) that she was offered a job straight out of grad school.

Rumor is she’s got control of the reins of her own group after just 6 months. Thanks Casey!