What if I told you that the key to effective communication lies in following just three simple rules? I’ve found that the following three rules tend to correct the majority of engineering communication problems, and indicate when I consume information:

I haven’t seen these rules elsewhere, so let’s expand on each. I’m going to use the Spiral v-Meme value taxonomy to apply each rule on many value levels.

1) Relevancy — to the audience. Indicators of relevance depend on audience and include one or more (if not all) of the following:

Don’t underestimate the role of novelty in relevance. Having a new and original way to catch our attention via one of the above approaches is very important. We’ll immediately tune out if we think we’ve seen/heard it before.

2) Credibility — to the audience. Indicators of credibility again depend on audience. Extending from the numbers above:

The primary value of engineers is credibility. Anybody can say anything. Engineers traditionally have value because we quantify importance with referenceable statistics.

Next, how do you make your documents skimmable? Do a Google image search on “eye tracking heat maps”. You’ll see a classic shape of the letter F appear similar to the one below. We are bombarded by so much information we skim to find what is relevant, credible, and efficient. What would someone take away from your document if they only scanned the section headings? Hopefully not just “Introduction, Background, Theory, Experiment, and Conclusions”. (Hint: Introduction: Why empathy for your audience matters) What if someone only scanned the lists, figures, and jumped to the conclusions? Make sure they cannot miss the essential points you need them to take away. 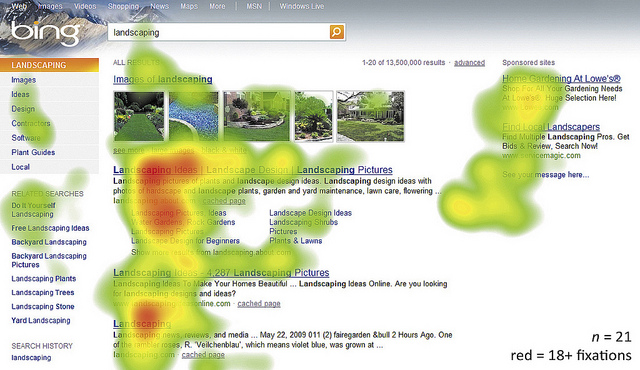 In the end, every moment someone is reading your content, instead of everything else on the web, is a gift. Make sure your communication is relevant, credible, and efficient — because the person spending the most time on it will be you.