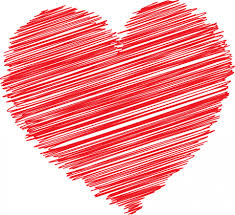 She approached with one of her friends and, I don’t really know why, I got that fun feeling of excitement and anticipation where the hairs all over your body seam to stand up a little. How she said “I need to talk to you about something,” said it all. I was so excited to know she was going to ask me out on a date. Sometimes you just know. Two years later we married.

You can imagine that relationships don’t exactly come natural to an intensely philosophical engineer. There was a streak in high school when I was let down by something like 20 girls in a row that I asked out on dates. To top things off, I was a 6’5″ football star not exactly hurting in the looks department. There’s an old adage along the lines of, “those who can’t, teach/coach.” Well, there’s some truth to that. “What Women Want” became my favorite movie in high school for very utilitarian reasons.

I happened across my favorite high school movie the other day and watched it for the first time in over a decade. I’ve changed a lot over the years and you often pick up things in movies that you missed years ago. What is clear to me now is that Director Nancy Meyers was playing with empathy as a core theme on many levels throughout the movie.

If Social Thermodynamics really does shape how we think and make decisions, then it should shed some new light on the tricky topic of love. It’s not hard to imagine that both empathy and values play a key role. Along the way we may even find some ideas for maintaining love that we, indeed, love.

Love as a (Incomplete) Value Problem

Look around the world and you’ll find that many cultures have different definitions for love. The ancient Greeks had several words describing different forms of love from eros — a sensual passionate love, to philia — a dispassionate virtuous love of friends, family, community, and mind developed by Aristotle. Similarly, Chinese cultures embrace Ai as a passionate love and Ren which emphasizes action and duty developed by Confucious. As most with experience know, the lines between these dualities often blur over the life of relationships.

The challenge of love is complicated by the matchmaking approaches of different cultures. The spontaneous, emergent approach for forming relationships in European cultures is a stark contrast to the arranged relationship approach of some Asian cultures. It’s fair to say a continuous spectrum exists between these extremes with varying degrees of subtlety. Another approach is software algorithms. The impressive success rates are evidence of a valid approach to matchmaking.

Regardless of whether you found, arranged, or software analyzed your relationship, similarity of values is usually the first filter applied. Even the spontaneous approach is sensitive to values as we act and choose to participate with communities or events based on values. Software algorithms employed by eHarmony and Match.com have simply attempted standardizing the process of value matching. “One key thing we focus on here at eHarmony is similarity between partners. Previous research has shown that assortative mating, or partnering up with people who are similar to you, significantly predicts higher marital quality later on.”  This value problem is complex. For example, just because you’re religious doesn’t mean the values of one religion are compatible with another. For the sake of space and time, we’ll stick with our general value taxonomy of v-Memes we’ve applied so far as it goes hand in hand with empathy. The following levels here specifically applied to relationships:

Survival/Primal – The need to be safe and primal drivers are often a point of initiation for relationships.

Tribal – Ability to maintain and protect a family usually comes next.

Legal – Establishing mutually agreed upon boundaries and commitments for relationships.

Performance – The numbers and statistics show you’re better together.

Community – Naturally attracts and builds others from your synergy.

Systemic – Requires an appropriate balance of all of the above.

Parents, and the folks at the dating websites, understand the need for appropriate similarities and synergies of values. Imagine someone who is very much consumed by power and control trying to develop community around a relationship. It’s sure to have it’s challenges. Or someone with a sex addiction trying to remain faithful to vows. The farther your values are removed from each other on this scale, the harder it is to maintain compatibility with your partner. My colleague Chuck Pezeshki has surmised that if someone is strongly two or more levels removed, the values and drivers of one simply seem alien to the other. In general, the farther you are removed in values, the more effort it can take to keep the relationship together, which makes the relationship more susceptible to long-term strain. Remember though that people have a complex network of values, or a v-Meme stack, so it’s not as easy as asking someone which v-Meme they are. That’s part of the reason it takes at least 29 questions to match two people, though nearly all of the questions can be grouped into the above v-Memes.

The v-Meme stack also shows how resonant harmonies can occur between people with different values. Authoritarian bread winners often synergize with family oriented rule-followers for good reason as it allows them to address more problems in more ways, with greater specialization in each of the value sets. This is directly analogous to an increase in entropy/empathy and a good indicator for how people will change to fulfill key roles in relationships, and could be a driver of familial birth order trends.

Structuring relationships based just on values and drivers, while it has worked throughout history, is incomplete when trying to really understand love. As Aristotle, Confucious, and I discovered, love is more complicated than just values and analytical approaches often fall short. Simply having a symbiotic contribution to the relationship, while important, doesn’t explicitly drive the passionate connections most of us want and desire.

The Empathy of Love

Nancy Meyers drove home empathy in What Women Want. Immediately after a love scene, the coffee barista Lola screams out: “It was like, you were more inside me than anybody. Ever! … I mean more inside my head!” — Empathy, knowing and understanding someone else’s perspective, is the key to unlocking relationships. We’ve known this for generations, and the courting traditions of our cultures map to the empathy levels we’ve developed:

Mirroring: At the most basic, maintaining eye contact with facial cues. (I lost count how many girls stuck their tongue out at me in high school.) A mirror response says, “I see you and like engaging.” At the more advanced mirroring forms, dancing and singing together. Mirroring of approval or disapproval emotions is also a reveal of matched value sets.

Emotional: This is when relationships reach another level. Things get serious. This is why eHarmony spends 5-6 questions on emotions. We’re now trusting and confiding in someone to correctly identify and work through our emotional roller coaster with us. Some don’t have the stomach for it and that’s an important indicator. Emotional empathy takes time! The more time you spend at it the better you’ll likely become. If you want the relationship to withstand the test of time, including the most challenging and traumatic experiences you could face, you need emotional empathy.

Rational: This is often associated with the grander gestures of romance. Rational empathy requires “place-taking” as my colleague Chuck Pezeshki would describe. You have to put yourself in the shoes of your partner and really think what they would like. Gifting is a test of rational empathy. Ever known someone that got a bowling ball that doesn’t like to bowl? This form of empathy requires a back and forth and a degree of improvisation. Spontaneous dates that end up following a wonderful plan or chain of events based on real-time feedback is a prime example of rational empathy.

Conscious: This is when you know the empathy state of someone and know what you need to do to set them up for success. This is when you plan the rational empathy experience well in advance to achieve a specific outcome. This can work in both positive and negative ways. Social engineering and psychopathic relationships are examples. The proposal of marriage is a crowning achievement related to conscious empathy.

Global: Is still emerging as an empathy form and the individuals tailoring the matchmaking algorithms may be some of the first examples. All of the empathy layers will be involved but at a grand scale. Finding an example global couple will be hard.

Remember that people are continuously changing. While a grand romantic gesture may form a great memory, it takes continuous work on many levels to ensure you stay “connected” and “on-the-same-page” as a couple. As expected, empathy gets harder the farther down the list (up the pyramid) you go. Each layer is nested within another layer, so if you don’t understand someone’s emotional state, you’re not likely to succeed at your conscious empathy play. Resources can also matter. As my high-school honors english professor once yelled at us, “All you need is love. LOVE!? What’s LOVE when you’re living under a bridge!”

When you’ll fall in love

This is promoted by:

U: simplification of values or descending to primal/familial values as a pair compared to individuals.

P: reduced stress after the change.

v: reduced volume, or increased density analogous to living together.

T: likelihood of increased resources after the event. (Dowry?)

So if you find yourself only wanting to do one thing with someone, but are connecting with them on many levels, you run a chance of falling in love. But beware, empathy like entropy is irreversible, it’ll be tough to forget someone if it doesn’t work out. What’s also comforting is that we can fall in love again and again. At the higher v-Memes there is a multitude of ways to synergize and hook up. Remember too that these properties are all connected by a complex surface of state and it is possible for phase change to happen despite some of the properties moving in opposite directions. But it generally holds, and vice versa should you ever want to prevent love.

We get it. We’ve all known this is how love works. But sometimes we stumble. We get confused. We work in wasteful ways. It’s complicated. With any luck, with an understanding of the empathy and values that help, we’ll all be able to keep it together, and be a little happier.

There’s no better way to start than by saying “I love you” only to have it mirrored in return.