I said a friendly “hello!” He shot me a look. I saw the sparkle in his eyes. I tried again, “hello?” No reply as he marched on. I turned to my wife and said he must not speak English. Then I heard him say, “look, there are the garnets!”

He was on a mission. Now was not the time for chit chat. He had work to do.

We’d spent 2 hours in 90+°F heat at the nearby National Forest garnet pit. I was with my 4 year old who, by some stroke of luck, says he’s a scientist and loves crystals. Thankfully, in one of the scrap pieces I tried to throw out, my son found a reddish circle that used to be a garnet. I told him it was. He was happy. Otherwise we would’ve been skunked and a piece of smoky quartz would’ve somehow become a garnet. He skipped while singing a garnet song he made up on the trail back from the pit.

We passed a number of people, very old, and young on their way into the pit. They all had that same look — a glimmer in their eyes that looks right through you without seeing you. I’d seen it many times before — someone crossing the threshold to enter a casino, an alcoholic with an un-opened bottle of Scotch, grabbing a trey at the start of the buffet line after a football practice, prom night. 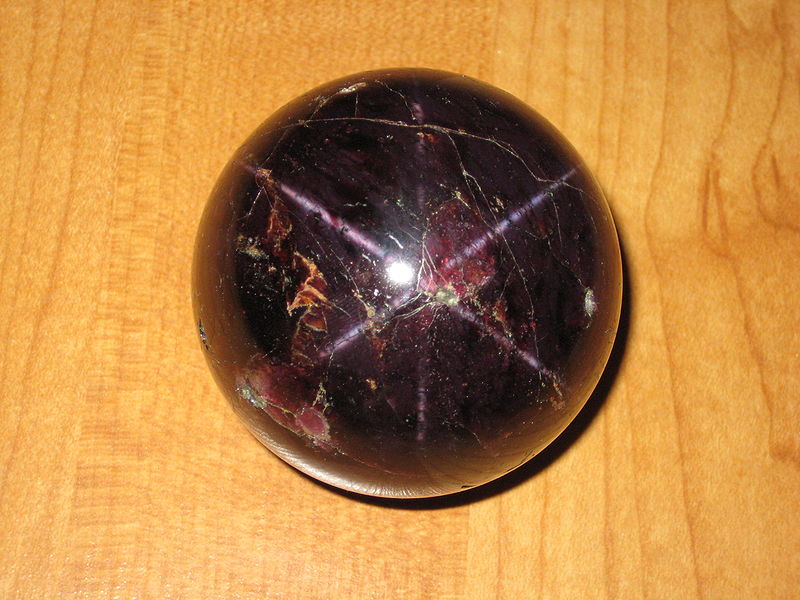 The “Star of Idaho” the world’s largest star garnet. (Commons)

This is the look someone gets when their values became clear and they’re ready to get to work. Any distraction, chit-chat, or empathy of any shape or form is a wasteful distraction from the mission. They can hardly mirror, let alone recognize emotions in others.

While it’s easy to associate this look with addiction — it’s not necessarily. Experienced or not, that kid at prom night still has the far away look. The educated and in-experienced on their way to the garnet pit were hardly addicts. Yet the same look.

Why we work — revisited

Remember the chapter on work? Classical thermodynamics says we work when we have values that are ready to be acted on. Generating entropy/empathy wastes that potential to do work. But look at our Gibb’s energy equation for phase change:

It’s hard to imagine us working for something that doesn’t result in increased resources (T) or empathy (S). Even in the case of the garnet pit, you’re digging to find that piece that is either worth money, a pretty necklace, or a story. When we accomplish our mission, realize the fruits of our labor, we’re happy. The second law of thermodynamics says no process is perfectly efficient so we’ll generate some understanding one way or another.

But what happens when we hit the jackpot? Or much more likely, when we fail?

Hitting it (too) big

We work and, sadly too often, play the lottery for the potential for change. Rags to riches. Yet, a popular statistic is that 70% of lottery winners go broke within just seven years.

Why does every teen star seem to end tragically washed up?

Back in our inequality of wealth chapter we covered how molecules distribute energies that we measure as temperatures. Another way to look at this is the entanglement of molecules. As the temperature rises, so does the entropy and number of modes an atom or molecule can interact with others. The same generally applies to resources and empathy. The key difference being the inability of atoms and molecules to castle themselves away from others.

A pile of resources is only a resource to you if you have the necessary values and connections (empathy) to fully utilize the resource. Lottery winners, and tragically teen stars, often have neither. They get used.

Knowing when you’re in over your head

Isn’t exactly a science, yet. Much like most of the this book, knowing whether you are in over your head involves both a values (structure) problem and a connections (empathy) problem. Getting ready to get to work and roll the dice? Ask yourself two questions:

What to do when someone else has that starry-eyed look

This is an important problem that connects to addiction and date-rape. What do you do when someone you care about gets that starry-eyed look and surely will be in over their head? Get empathic:

And if you still see those starry-eyes and can’t get them to see you after this, get out of the way and get help if it’s that important.

My dad once had a cougar stalking him while hunting. He turned around and saw the starry-eyes. We’re evolved to know it when we see it for a reason. He knew right away what that Cougar had in mind — and it wasn’t about empathy.