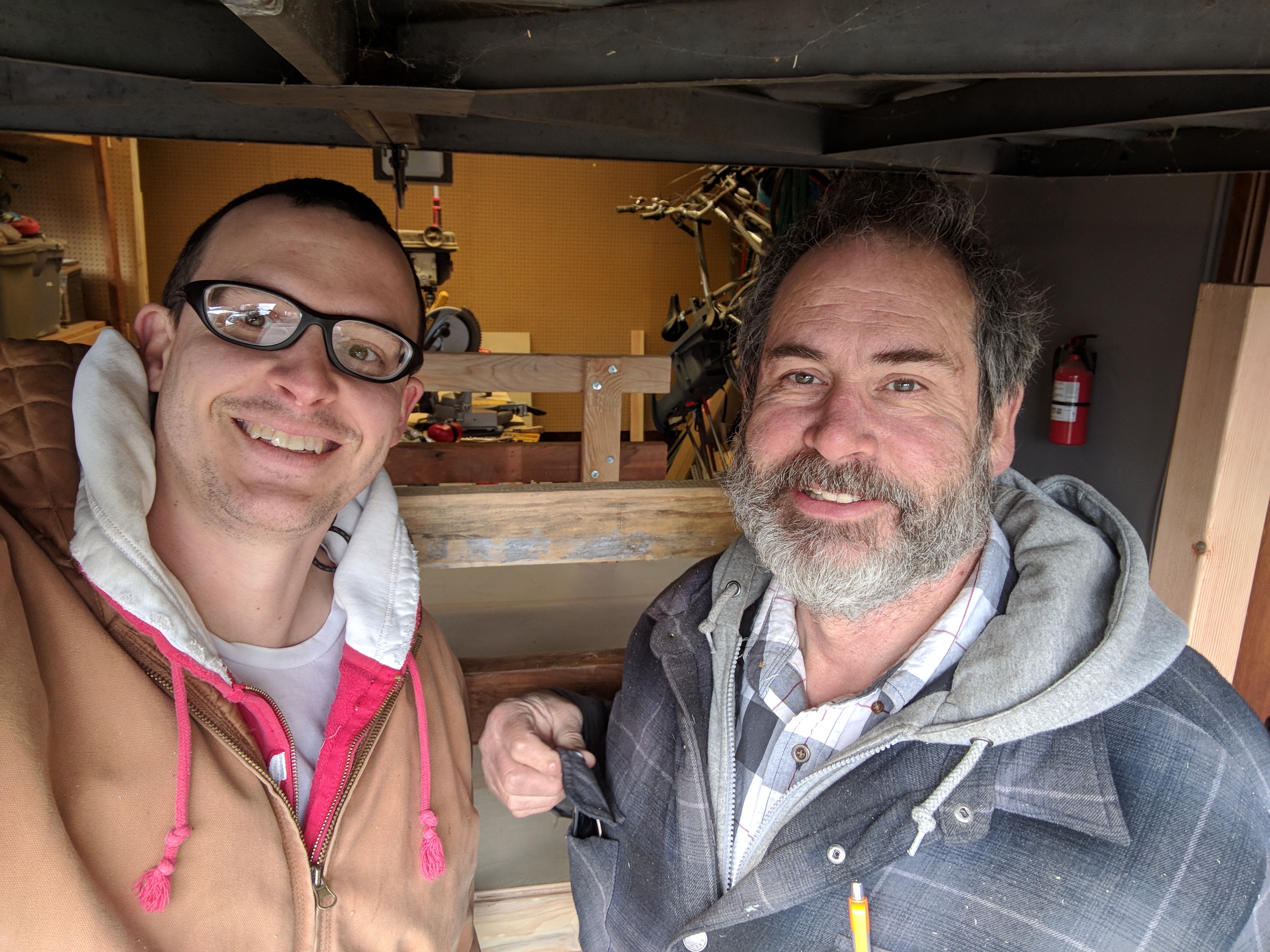 Many seem to think my student mentoring style is non-traditional. At least the students tell me it’s different from other faculty. It’s because you don’t know Jack. My dad Jack. Mentor numero uno. My original mentor. Get to know Jack and you’ll start to understand.

Somehow, and I still don’t have this figured out, my dad has reliably produced outstanding teachers and mentors in his wake. His little sister Laurie spent her career as a 5th grade teacher in one of Lewiston’s tougher areas. His little brother Tom is the head science teacher at Lewiston High School. Tom and I share the same space in my dad’s brain as he’s interchanged our names my entire life. I knew before coming to college that teaching and coaching was a skill that somehow came naturally to me. As best as I can tell, my dad’s the common link in this. Much like him, I realized early on that my role in life was mentoring and coaching people to achieve heights and accomplishments that I never would.

Jack has always been a brilliant mechanic. Early in life one of his mentors gave him a 1956 civilian CJ5 Jeep that was bright red/orange. He spent considerable hours working and maintaining this Jeep. It’s a likely reason he went to Lewis-Clark State College and became an auto parts salesman and technician for General Motors. When I was a kid, I’d sit outside the garage and build Lego cars while my dad assembled a 1955 Chevrolet 2-door Sedan from boxes of parts — that eventually became that same bright red/orange color. I’d get to help turn a wrench from time to time, or swap a starter for instance, or help him bench press a transmission into place… One evening, my dad decided the small block 350 engine in our Chevrolet Blazer was not running quite right, he had another engine sitting on a block in the garage. He swapped the engines entirely and we drove 2 hours to go hunting at 4 am that morning.

No surprise, when it came time for me to learn to drive. My dad bought me a truck — a 1968 Chevy long-box step side — that didn’t work. “It’s up to you to make it run,” he said. And it was. He’d help me if I got stuck. But it was mine to do as I wanted. Onetime in college I the oil filter got stuck and our oil filter wrench was being borrowed. He improvised a strap wrench from an old seat belt. By that time I’d had statics and machine design and argued that the wrench would not torque the filter. He laughed at me and said to try it anyways and said, “I’ve never done this before.” It worked. Somehow the truck ended up that same bright red/orange color, although now faded. We still have it. It’s not a stretch to say that rainbows appear and everyone smiles when they see it. 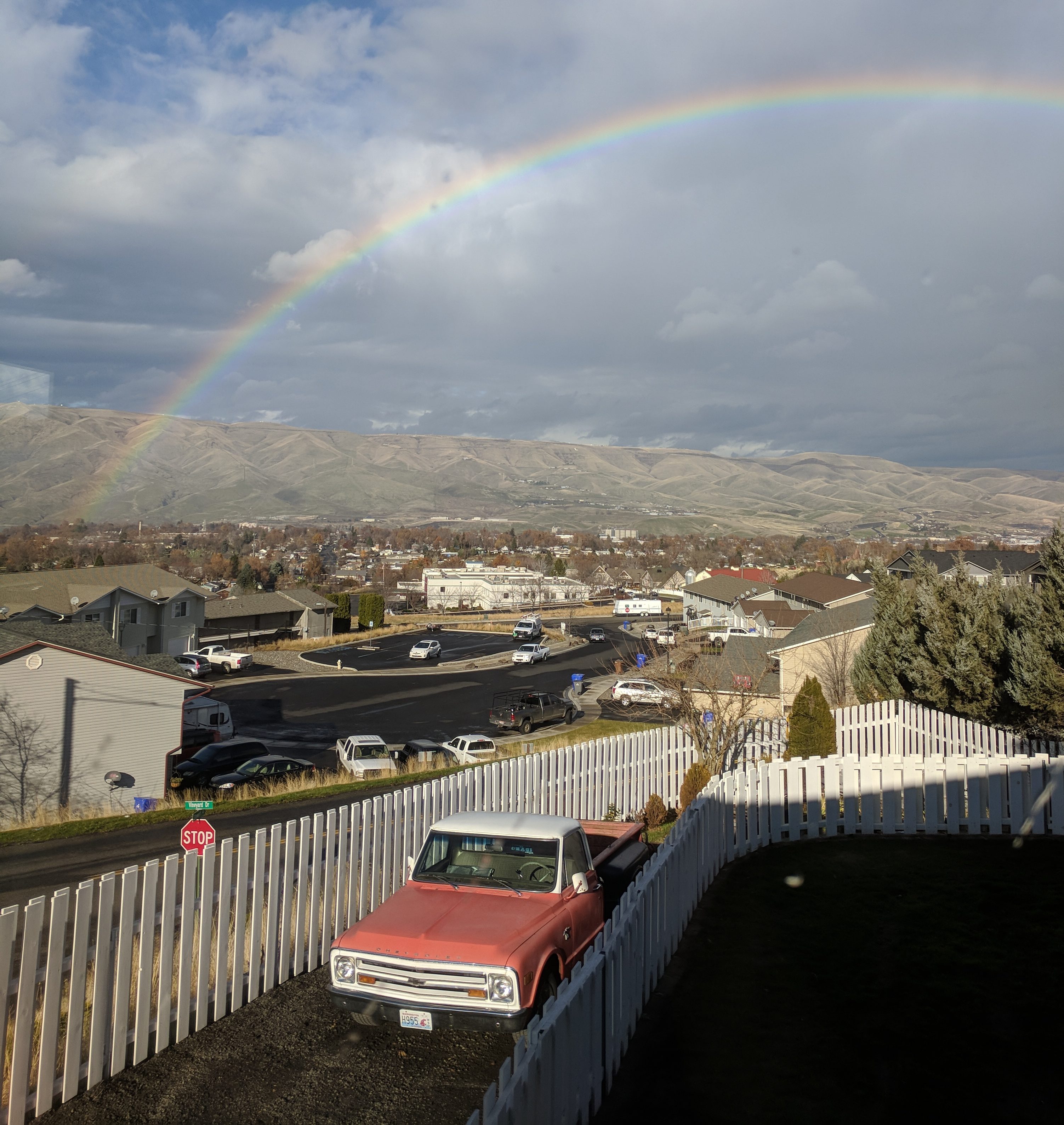 Jack is never one to delegate understanding, especially when it comes to working with machines. “Why would I pay someone to fix something that I can figure out for myself?” This was a value we applied to designing and fixing up most things around our house growing up. By the time I was ready to go to college, I had enough experiences trying to fix my own designs and those of others that I knew mechanical engineering was a good fit. Midway through college I realized that being a professor merged the natural skills with coaching and this love for design.

Part way through my time in high school, my dad became a setup technician at Blount, then ATK, and now Vista Outdoors, the largest bullet manufacturing plant in North America. In this role he maintained the smooth operation of bullet presses — as well as working directly with engineers. He’d come home extremely frustrated often with statements along the lines of, “An engineer that’s never worked on my machines came out of his office and told me I needed to do something that will never work. It’s because they don’t know the machines or what I have to do to fix them.” I’ve learned through the years that there are a certain class of people that accurately from across the room, just by feeling the change in vibration of the floor or a small change in acoustics imperceptible to most, know that a machine will have a specific issue within the next 5 minutes. The classic challenge of an engineer is trying to convince that person that they can help them. No surprise, my dad was often working with engineering teams to help them with new tough equipment changes.

But my Dad’s real strength is not what he could do, but it was what he didn’t do. I was reminiscing with a friend the other day about the dangerous close calls of our youth — I struggled to think up examples when we were in harms way. Given all of the whitewater rafting, hiking, camping, and traveling we did my dad has an incredible safety record. What’s more, he didn’t take the responsibility of my decisions and actions away from me. “I’m not going to tell you what to do, but you need to think this through, because if X happens then Y will happen.” This is a skill that I work so hard to apply to my graduate students. They want me to free them of the burden of their decision responsibilities, not knowing how this will set them back later in life. It’s their time to start making decisions and leading their own lives. The university always wants to put my name behind grants that students pitch to win — it’s their project, they are the players. I’m merely helping to facilitate.

My Dad was confident in himself to let me lead, early in life. He’d done the hard work early to be sure I was ready to lead. An example was getting me in the gym with his friends at 5 am during the summers as early as 5th grade — somehow knowing I’d have a chance at college through football. When it worked out that I became a star in high school football — it was my own success to celebrate. My parents never waited around after games to congratulate me or coach or critique — it was my time, my success. They had no problem hearing stories from me about the dance, the party, or whatever they wanted. Because I trusted them to let me be.

When I defended my Master’s Thesis that ended up winning the top Master’s Thesis Award in Western North America across all disciplines, my mom and dad were in the room. My dad’s shoes were covered with grass clippings from mowing the lawn right before driving up. Which says it all — the pomp and circumstance — the prestige — none of it matters compared to doing things. When it was done my advisor, Richard T Jacobsen, who had been the Dean at Idaho for nearly a decade shook my dad’s hand and congratulated him for doing a heck of a job with me. I remember my dad saying, “he did it all himself.”