We’re about 4 hours into our Giving Tuesday crowdfunding campaign. We’re currently in 3rd place in the University with nearly $600 from 10 gifts, that will be matched up to $5k by Tim and Beverly Hesterberg. A huge THANKS to those that have already pledged support for the students!

For those of you not following along on Twitter, here’s a transcript of the fun tweets the lab came up with:

THE NEED FOR #H2flo: Wide-spread use of #FCEV and the #hydrogen economy is the refueling infrastructure. No stations in #WA_state

Although #LH2 costs just $5/kg to make (a kg is equivalent to a gallon of gasoline), transportation costs can range from $2-$15/kg.

Delivering #LH2 to #WAState to fuel the station would cost ~$15/ gal gas equiv. and require a 3,000 gallon storage tank. #waste

So we decided to make our own, #containerized, #hydrogen liquefier to fill our winning station design: #H2flo

With your support today for #GivingTuesday, we can realize #H2flo and change the #world’s energy future! https://cougsgive.wsu.edu/giving-day/616/department/905

I’m proud to announce that Tim & Beverly Hesterberg of #Seattle are renewing their support for #H2flo and will match the first $5k in donations!

We’re offering the following gifts in return for your donations: https://hydrogen.wsu.edu/2016/10/21/support-our-h2flo-hydrogen-liquifier-refueling-demonstrator/

Your support will primarily fund the remaining equipment needed to complete #H2flo along with summer scholarships.

Listen #America, @WSUhydrogen could be fixing your toasters or your #energyfuture, it’s up to you https://cougsgive.wsu.edu/giving-day/616/department/905 #GoCougs

Now, please, allow me to introduce you to #hydrogen, first element of the #universe.

Indeed, #hydrogen comprises 74% of known elemental mass in the universe and is therefore the most populous element. It’s elementary!

Don’t trust #hydrogen atoms! They make up almost everything! 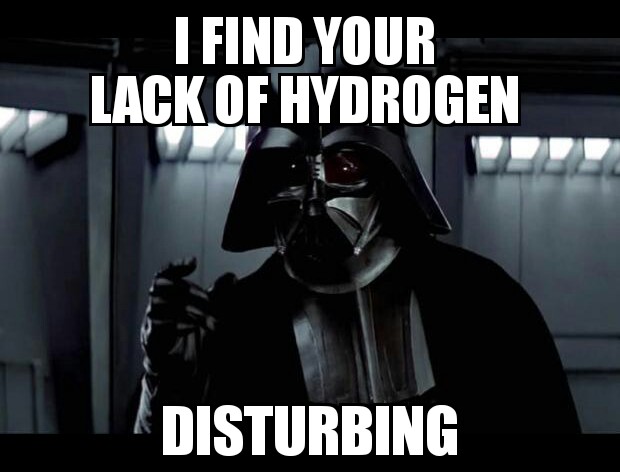 Consider the mass of water in the world’s oceans and realize 1/8th of that is hydrogen. That’s a lot of #hydrogen. 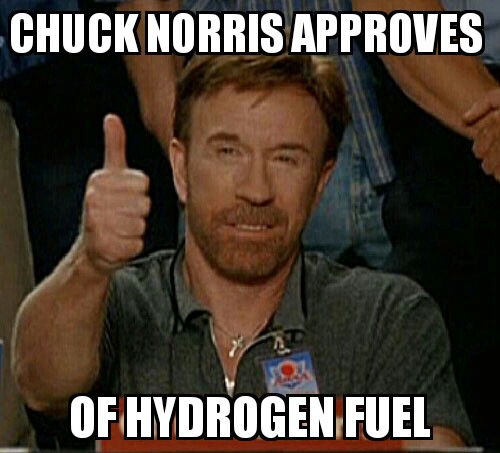 And so should you: donate to our #H2flo #WSU #GivingTuesday crowd-funding effort: https://cougsgive.wsu.edu/giving-day/616/department/905 #GoCougs

Credit for these way cool memes goes to Jake Dyer, up and coming HYPER lab star.

Unlike #electricity, #hydrogen is a high value #energy currency due to lack of generation and transportation infrastructure. That’s #gold in the mine for stranded renewables. [ insert gold pic/gif]

Problem is, #hydrogen must be very pure for use in #FCEV 99.999% pure. How pure? Take the sold out #AppleCup and imagine just 4 Husky fans in all of Martin Stadium.

Another problem, #hydrogen has little love for itself and is very difficult to densify. This is where #hydrogen gets #cool!!! Literally!!

Cooling calms the #hydrogen molecules to a state where they can rest right on top of eachother. That’s the #LH2 sweet life!

How cold is #LH2? -421°F. A full 100° colder than liquid nitrogen. Nearly 4x lower than the coldest temperature ever recorded on earth. 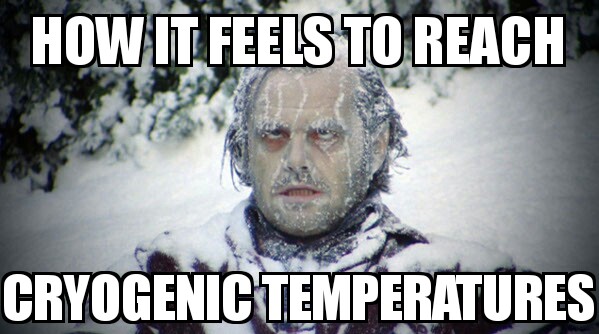 May’be not @chucknorris, but @JackNicholsonHQ really is a #hydrogen fan everyone. Here’s a promo interview he held in 1978: https://www.youtube.com/watch?v=TjfONpsFvyM

#hydrogen car technology has had a quantum leap since 1978, my vote is we de-ice @jacknicholsonHQ and make him a spokesperson!

Speaking of #quantum, #LH2 is the second coldest of all #cryogenics. It’s so #cold that entirely new physics become relevant. 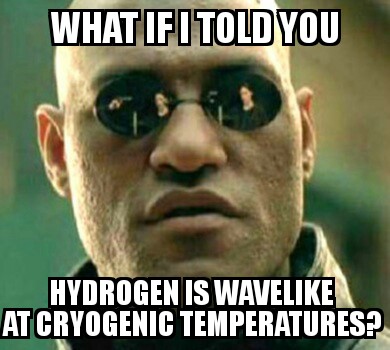 Time to #taketheredpill for a minute. #hydrogen is so light, and slow at #cryogenic temps that it becomes wave-like.

#thischangeseverything because #hydrogen can quantum tunnel on the nanometer scale. Whole new opportunity for nanotech.

What did the #hydrogen say as it entered into a tunnel? #H2: What tunnel?

Sorry, I’m having a hard time containing myself! #hydrogen is so #cool! What a gas! 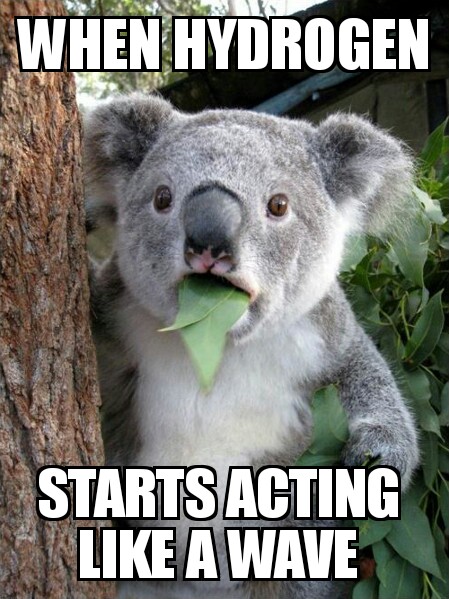 You can be cool like #LH2– donate to our #H2flo #WSU #GivingTuesday crowd-funding effort: https://cougsgive.wsu.edu/giving-day/616/department/905 #GoCougs

Remember that the Hesterberg’s will match the first $5k in donations! Just $10 will get you a certificate of contribution.